The LNG industry is subject to continuous developments such as supply growth, global warming and technological advancements. Russia is a traditional natural gas supplier via pipeline but is now, in the face of increased competition and new opportunities, compelled to pay more attention to the LNG industry as well.

The previous year has been described as a peak year for LNG growth, for which the demand is largely situated in Asia. Japan and South Korea have been the leading importers, with China, India and Europe on their heels. For years Japan has been the biggest importer of LNG as a result of the shutting down of its nuclear reactors following the Fukushima disaster in 2011. This is expected to change in the next few years, however, as Japan has begun to restart several of its nuclear reactors. According to the IEA, Japan has restarted five nuclear reactors in 2018 and is set to open many more by 2030 in order to fulfill its domestic long-term energy security plans (EIA, 2018). As a consequence, India and China are expected to surpass Japan and drive the majority of future LNG demand.

An important supplier in this case is the U.S., who will benefit from the demand growth in Asia. LNG is more capital intensive to produce and export compared to pipeline gas but reaps the benefits of the economy of scale principle. Therefore, increased demand and thus increased export opportunities will enable U.S. LNG producers to cut their costs and compete for new purchase agreements. Bloomberg’s global LNG outlook even expects U.S. LNG export capacity to double by 2030 (BloombergNEF, 2018). 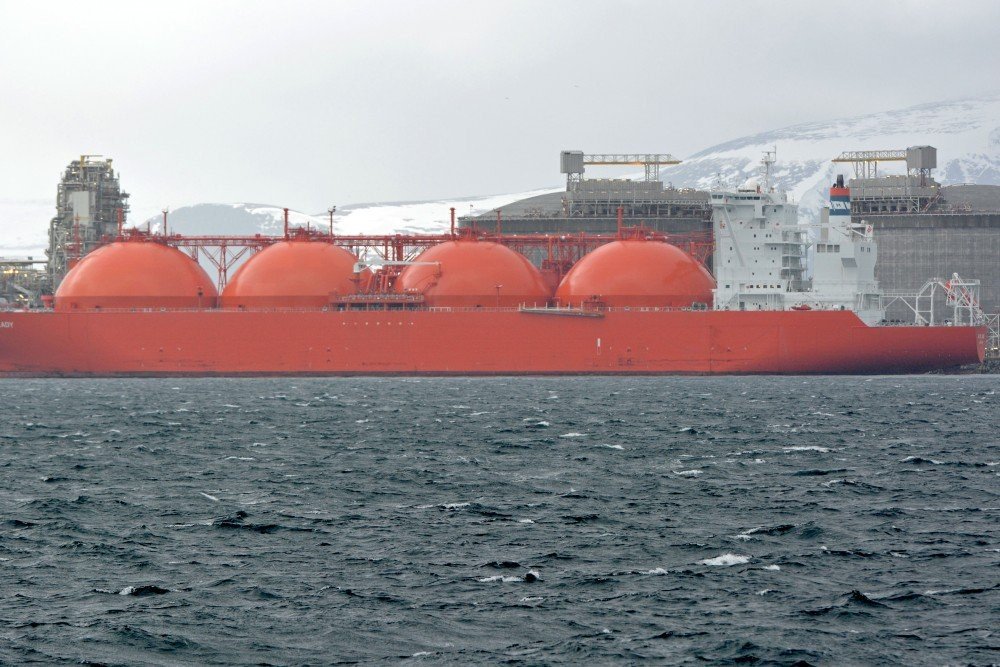 While LNG is the main method of natural gas export for the U.S., other natural gas exporters such as Russia have relied on pipeline transport and are now compelled to play into this trend. What is certain is that LNG is not set to overtake traditional natural gas transport via pipeline. This is especially true for Russia, which is situated between two major export markets (Asia and Europe) and enjoys a relatively expansive pipeline infrastructure network that is still growing with, for example, Nord Stream 2 towards Europe and The Power of Siberia towards Asia. However, with a changing market come new opportunities, and solidifying its position in the LNG market should be recognized as an important step in protecting Russia’s position and stake in the energy market as a whole.

It has taken some time for the Russian government to acknowledge the importance of this new mode of natural gas transport. Sakhalin II, the first Russian LNG production terminal, was launched in 2009 in the Russian Far East. Gazprom has a 50% plus 1 share stake after forcing foreign stakeholders such as Shell to concede part of their shares. Besides this initial project, LNG has for years been on the backburner in the face of more profitable pipeline projects. LNG currently accounts for roughly 2.4 percent of total Russian natural gas production and 7 percent of its exports (Rutkowski, 2019). More recently, however, the Russian government has intensified its attention for the industry and Russia’s position in it. As a consequence, several new projects appeared that are expected to increase Russia’s LNG production capacity.

The main project in this case has been the Yamal LNG plant, a joint venture of Novatek (50.1%), Total (20%), CNPC (20%) and the Silk Road Fund (9.9%) (JSC Yamal LNG, n.d.). Novatek was able to go through with this project due to the fact that the Russian government allows a limited number of private Russian gas companies to export LNG since 2013 (Hille, 2013). This opened the door for a few private energy companies such as Novatek and Rosneft to pursue new LNG projects and strengthen Russia’s share in the LNG sector while Gazprom is still secured of its monopoly in the pipeline business.

The Yamal LNG plant is located on the Yamal Peninsula where it extracts gas from the onshore South Tambey field. The first train with an annual capacity of 5.5 mmt started operating in December 2017, with most shipments headed for Europe. A few months back, in December 2018, the plant reached its full planned capacity of 16.5 mmt with the launch of the third train (Total, 2018). Expansion plans for a fourth train are in the works, as well as an additional Novatek LNG plant project under the name of Arctic LNG 2.

The main envisioned destination for LNG being shipped out of the Yamal plant is Asia as to not compete with Gazprom pipeline deliveries to Europe. However, since the opening of the Yamal plant its shipments have primarily been routed to Europe. This is a consequence of thick Arctic ice along the Northern Sea route towards Asia, which makes deliveries to this region almost only possible in the summer months. Cargo deliveries during the winter months are possible, but the conditions are tough. Global climate change is slowly but surely changing this situation however. The higher global temperatures rise, the more ice will melt in the Arctic and the bigger the Arctic shipping window will be. Eventually, with the right equipment such as icebreakers or LNG tankers having their own icebreaking capacities, the route might be open year-round. This poses opportunities for shipments that traditionally have to pass through the Suez Canal. Roughly one year ago the very first solo LNG tanker sailed the Northern Sea route during winter from South Korea to the Yamal LNG plant (Lindsey, 2018). With rising temperatures such events are set out to become more frequent in the future and thus facilitate faster shipping of Russian LNG to Asia. 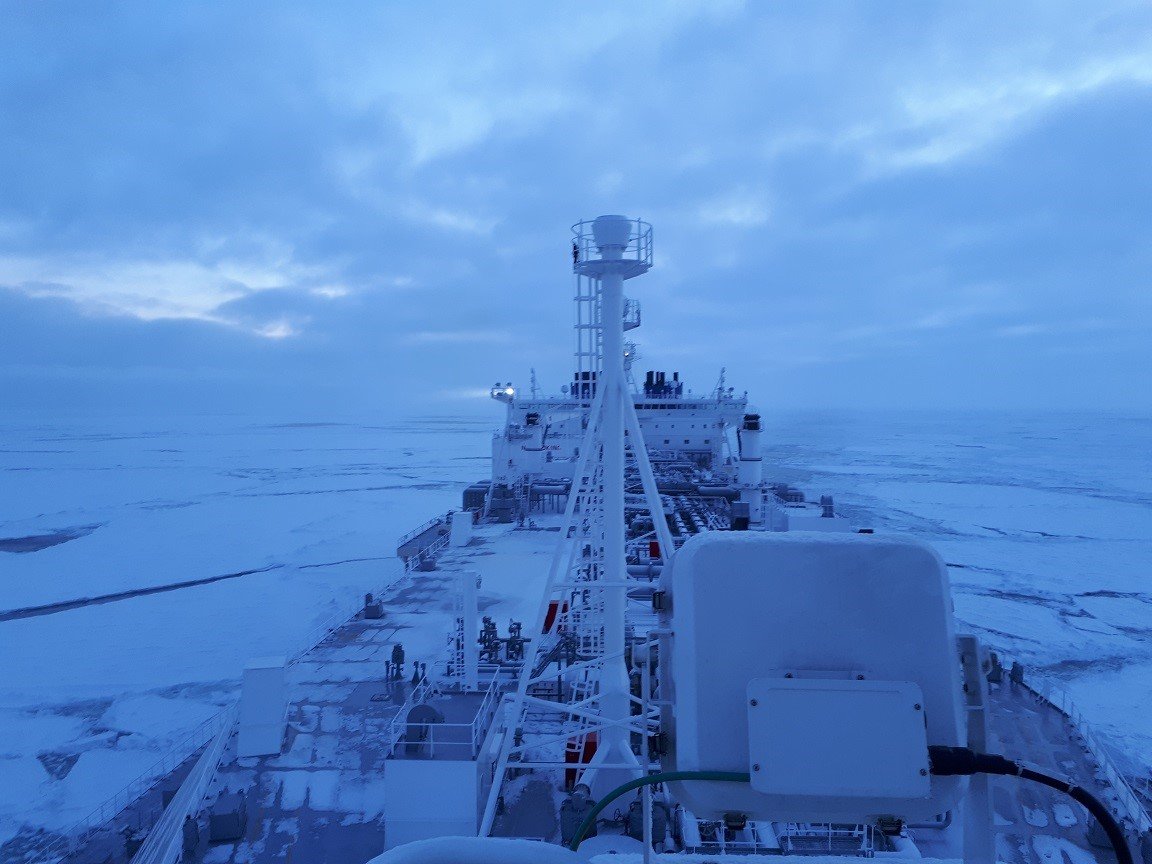 This transition of the Northern Sea Route could work in favor of Chinese energy security as it will alleviate its dependency on the Strait of Malacca, a chokepoint through which considerable energy supplies are shipped from the Middle East to Asia (Hall, 2018). Even with the current developments however, it will be decades before the Arctic ice might eventually perish completely in the summer months which means that those putting their money on this region will have to be patient. Naturally, this is not an impeding factor for Russia or other countries that are situated around the Arctic. The major economic gains might be made in the future, but now is the time for the ground work of setting up infrastructure and buying equipment that is suited for these conditions. Moreover, developing the Arctic is not just a matter of economic gain, it is also a power issue. President Putin accentuated Russia’s ambitious plans on April 9 at the International Arctic Forum in St. Petersburg (Isachenkov & Titova, 2019). The plans, which are aimed at securing Russia’s stake in the Arctic, include upping the amount of cargo that is transited through the strait, increasing the number of ice breakers as well as expanding and improving ports and infrastructure facilities along the route. Russia is thus making significant strides not only towards increasing its LNG production capacity but also at enforcing its control over the Arctic strait. This will in turn give Russia considerable influence over this region that is predicted to become a major economic hotspot.

Along with concerns about the consequences of global climate change have come initiatives to slow the process. The development of energy generation through renewable sources is one aspect, but energy efficiency has also become increasingly important…

On May 16, leader of the UK Labour party Jeremy Corbyn announced his party’s plan to (re)nationalize the UK’s water and energy…

Fracking, a method of extracting oil and gas from shale rock formations has undergone considerable developments over the past…